What happens when you drop a bird’s feather right above your foot, from a height of 1 meter… 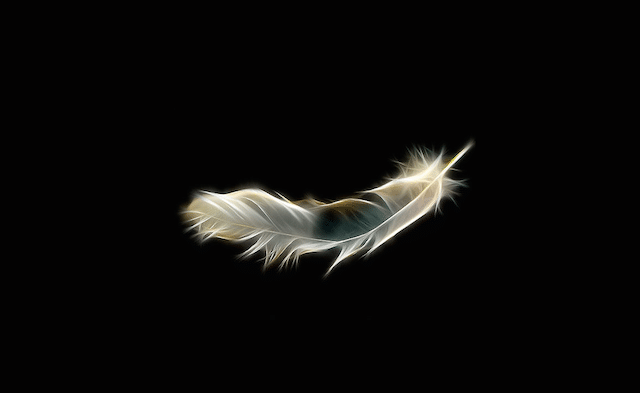 Imagine I’m holding a 1kg hammer and ask you to put your foot forward.
I hold the hammer a meter above your foot… that you suddenly can’t move anymore.
I count to 3 and drop the hammer.
You will know that some seconds after I get to 3, you will feel a lot of pain in your foot right?
That’s because your brain can predict and because you know that … ouch!

Let’s do the same experiment with another object.
I take a bird’s feather that’s about 10cm long and hold it above your foot. I count to 3 and release it.
My question to you is; what will your brain tell you?
Before the feather touches the foot, a few seconds will have passed.
It probably won’t hurt because the feather only weighs a few grams.
Right?

This blindness is nowadays also seen in the world.

Nowadays there are more discussions about the environment than ever, the increasing heat of the earth, the change of climate, the plastic soup in our oceans…

I definitely do not want to start a debate about whether this is true or not.
That debate is meaningless!
Because it’s about way more and different things than the fact that we overproduce CO2.

As humans we are the only animal on earth that has come up with the concept of time. For the rest of nature, the sun and moon dictate the way things go.
But we invented such a thing as ‘time’. Time is a strange thing (and a topic for another article).

As a human we gain experience on this earth for about 80-85 years.
And from a human standpoint you can see this as a long time, but from the existence of our universe… it’s no longer than a 1day fly.
That’s the relativity of time.

We experience time as relative.
We realize that some things change over the years. Over 1 year it’s not that bad, but when you look at it over 5 to 10 years, you only realize when you look back at the pictures.

Longer periods are often very difficult… and that’s a problem we are stuck with in this day.
Because while it seems that we all perfectly remember what we were doing on 11-9-2001 when 2 planes flew into the WTC towers in New-York.
From research 15 years later it’s been concluded that these things people seem to remember are far from the truth. Because they simply can’t be!
They were sitting in front of their windows, when the plume of smoke and rubble came by… except they lived 50km from the WTC and they weren’t even in NY! But simply by seeing the images on their television, that we have all probably seen hundreds of times, their memories have been ‘reprogrammed’ by these images.

So when we have a discussion today about the increasing temperatures of our earth and the climate change, we can look at the numbers but the image simply won’t add up. Yet I don’t want to have this discussion now, because it is futile.

What I do find shocking is that so many people are still blind to the fact that SOMETHING needs to change. Regardless if the warming of earth is true or not!
The way the world, economy and society work, this won’t last much longer.
1 Billion people live a good life and 6.7 billion want to live like the other 1 billion… but how will the current systems, economy, energy, food and water supplies ever handle this?

Despite everything changing quicker and quicker, we still do not seem to notice.
What’s news today is normal by tomorrow and old by the day after that!

In the 70’s-80’s people predicted oil would run out in 20-30 years. However deeper wells were found. And there are 101 similar examples.
So we always have the feeling things will be alright…
But today we have reached a point of no return!

And the blindness we have in this whole ordeal can be compared to the slowness of the feather.

That is the challenge we have today.
That is the choice we have.
I think it’s that simple.
We keep doing nothing like we are doing now, or we jump into action to stop the feather from accelerating.

If we do nothing, humanity will succeed in exterminating itself within 100 years from now. We have developed more than 1 technology in the last 100 years that we can use to exterminate ourselves.
Maybe we are on the slow path of death and no longer have a choice…

Or we make the choice to save what there is left to be saved. To turn the tide regardless.
But we have to start NOW.

I believe in what Gus Speth said.
“I believed that the biggest problems were those of environmental challenges and the loss of biodiversity or the destruction of the ecosystem with the consequence of climate change.
I believed that in 30 years with good scientific research we could tackle this challenge.

However, I was wrong.
The main issue is egotism, greed and the lack of empathy for others.

… to tackle these, we need cultural and spiritual transformation.

And as scientists we have no idea how to do this.”

When we reach the insight that we are dealing with human behavioral problems and that the things that we see in the world, be it climate change, war, inequality, these are all consequences of our behavior.
It’s only then, that we can work on a solution. However, this solution does not need to be an external solution that we have become so familiar with.
It is a change that must happen within all of us.
And as long as there are people that are denying that there is a problem, whatever it may be… or those that can not see why they should change anything, those that think others should change… We would never have any progress.

We have created a world that’s good in patching with band aids. Whenever the bleeding stops, the problem has to be solved… However, we are not good in assessing how we received those wounds. We should make sure we receive less wounds!

All the wounds we create, create a disconnection within ourselves. In a previous article “What if you could bring back all problems in the world to 1 cause” I explained the different ways in which we are “disconnected”. And the one solution to this problem.

Gus Speth is right in the fact that there is only 1 way to solve this problem, by making spiritual and cultural changes within the entirety of humanity, both rich and poor, black and white, north to south, young and old.

To realize this, not much is needed at all.
We don’t need politics, CEO’s or world leaders.
This is something we can all do for ourselves “at home”.
It’s a change that has to start within ourselves.
When things go wrong, we will point to the politicians, CEO’s and world leaders…
But we are all responsible.

If you have read the entire article, you must have a certain feeling for this article.
I would love to know what feeling you are left with.
Do you agree or disagree?
If you agree I would appreciate it if you would share this with your network.
In the end it’s all about awareness. To see things in a different light.
If more people become aware, and wake up, more people can put in work to save humanity.
It’s not the earth that needs saving, it’s humanity. If we save humanity, earth will recover by itself.

Because you know, together we are the feather that keeps increasing its impact. If I can make 1 person more aware each day, and every one of them does the same, this feather will get a lot of momentum in a short timespan!

I would love to know what you think about this!

More interesting articles for you?

What if you could bring back all problems in the world to 1 cause?

What meditation can bring you too...

The Cave of Plato

The story of Money (a story on the biggest lies)